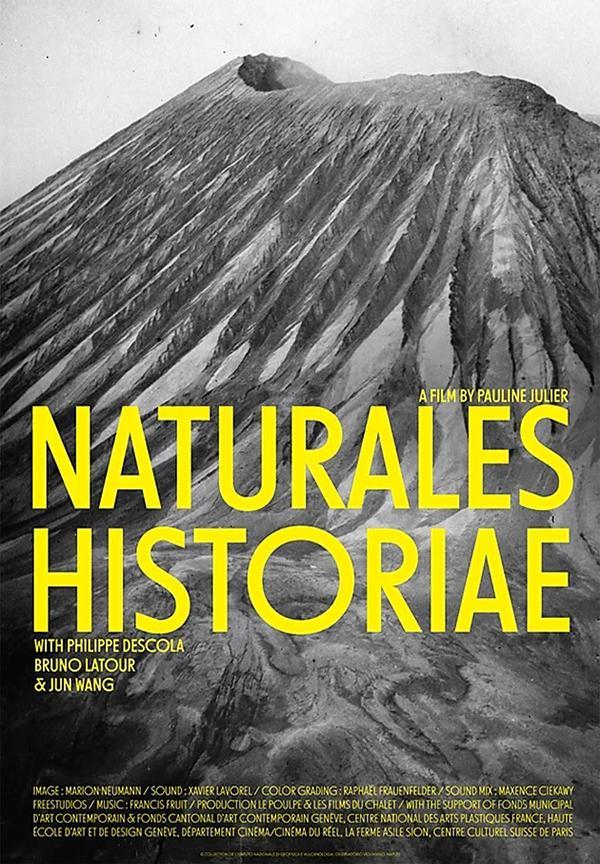 Emanuele Coccia: I would like to start with the quote by Jorge Luis Borges that opens the film: the effort to map the world can only fail and lead to a labyrinth of forms which is nothing other than the portrait of the cartographer. To what extent is this film your portrait? One could also say the opposite: every biography is in fact a form of natural history of the planet through an interposed body. We are all a face that Gaïa gives herself to contemplate differently.
Pauline Julier: The idea of portrait implies a fixity, the capture of a moment. A bit like a description, a map, a definition, an image, “it” freezes things. And what is fixed in this film is the state of my thought at that moment, a thought in the process of being made, articulated and composed with the words of others and which is shaped by the montage. In this sense, there is no doubt that this film is my portrait, at a given moment, when I discovered that the idea of Nature—which I inherited from Western modernity—is the most unshared thing in the world, alongside with how we look at it, the idea of a landscape that doesn’t go without saying, etc.

I really like the inversion that you propose, which can be applied to many human deeds. Is a portrait the portrait of the portrayed or the portrayer? Who is described in a story and who sees what through a film? Maybe in the case of Gaïa every human life that is narrated is the description of one of these multiple facets, all our biographies as many natural stories.

EC: I was very struck by your definition of cinema: a wind-light image. Could you develop this idea further?
PJ : This idea comes from the discovery, as the author François Jullien explains, that the word landscape, as we understand it in the Western world, does not exist in Chinese language, which instead uses either the ideogram “mountain-water” or “wind-light”. I have appropriated this idea to apply it to cinema because cinema is a language for me. And the first element of this language, the original word, is the image of a reality facing us and which differs from photography because it moves. It is literally the wind in a tree and light on those leaves that the moving image allows us to capture. If one of the two elements is missing, there is no cinematic image. The association of these two words also evokes fleetingness. It's quite prosaic, probably a bit romantic, but the basis of my attraction to this medium relies on that, which is also what I try to create, a wind-light breath.

EC: In your film I also see a strong stance: what we call nature can only be contemplated through narrative, because it is historically constructed, in an arbitrary way, exactly like our history. Natural sciences should therefore embrace the art of storytelling. What is cinema’s contribute to the possibility of producing a new natural history? And how to tell today’s history?
PJ: From my point of view, natural sciences form a narrative and, perhaps unwittingly, use this art. An objectified (objectifying) narrative, with a precise descriptive vocabulary, in search of facts; but a narrative, still.

I believe the strength of cinema (and moving images) lies in the multi-perspectivist vision it can offer. Today, there is a strong need to embrace new perspectives, no one believes in the isolated, devastating position of a single point of view anymore. The fields to be rediscovered are vast and cinema, among other storytelling arts, makes it possible to tackle them, particularly through montage. Telling the story, the stories, these days is perhaps to accept the fragility of a narrative and to show different perspectives within the same context.

The film depicts historical episodes by drawing from different registers of history (literary, pictorial, popular, scientific). For me, the strange splendour of the living world around us is revealed by the composition of ET. In the case of Vesuvius, for example, it is not scientific surveillance or the belief in the protection of the Saint that has allowed Neapolitans to live close to the volcano for so long. These are the two versions which hold together, to which all the other stories about this volcano should be added.

2022 © sister distribution
made with ♥ by wonderweb